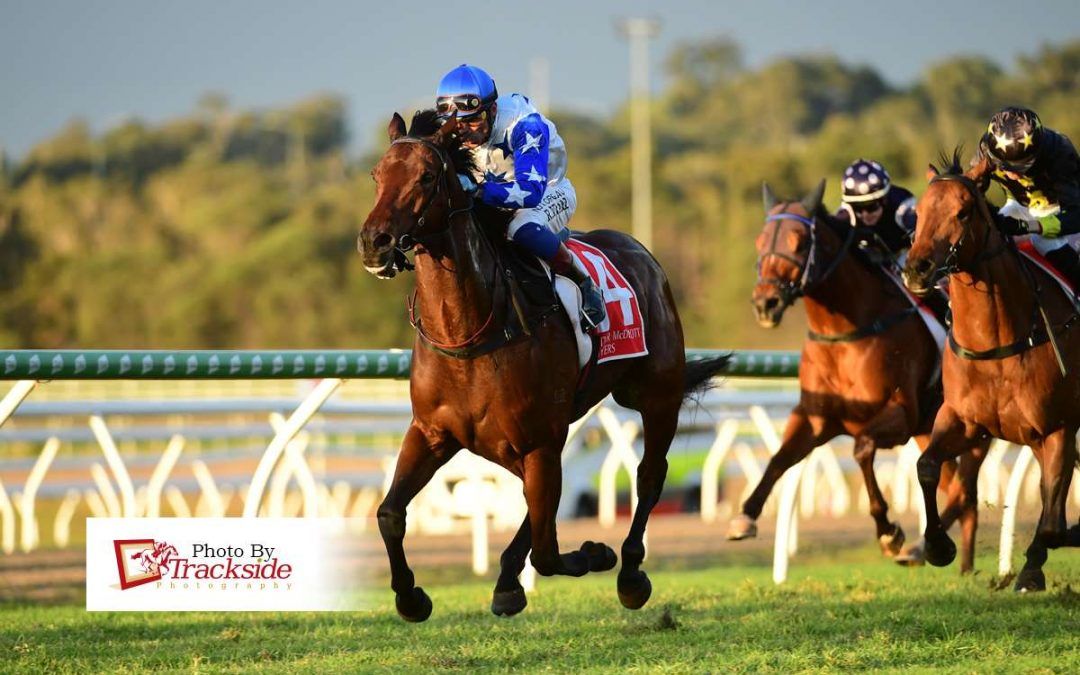 ARCHER Park is on the march.
Bonaparte, which scored an amazing first-up win on Sunday (June 20), is the latest in a growing list of recent triumphs for the colours.
Ridden by Robbie Fraad, Bonaparte ($9) won a Benchmark 75 (1200m) first-up since January by two-and-a-half lengths.
The race was a heat of the Provincial Sprinters series, meaning the Pierro six-year-old joins stablemate Maximum Output in the final.
“We aimed him at this race as a heat of the sprint series,” said trainer Stuart Kendrick.
“He’ll now go to the final on Caloundra Cup Day,” he said.
“It was another great win for Archer Park, who have had a few good weeks with Sebring Girl, Maximum Output and Avolonte.”
Bonaparte went into the race without an official trial, but showed he had done the work required, never shirking the task.
It was his fifth career win from 28 starts, with 10 other placings.