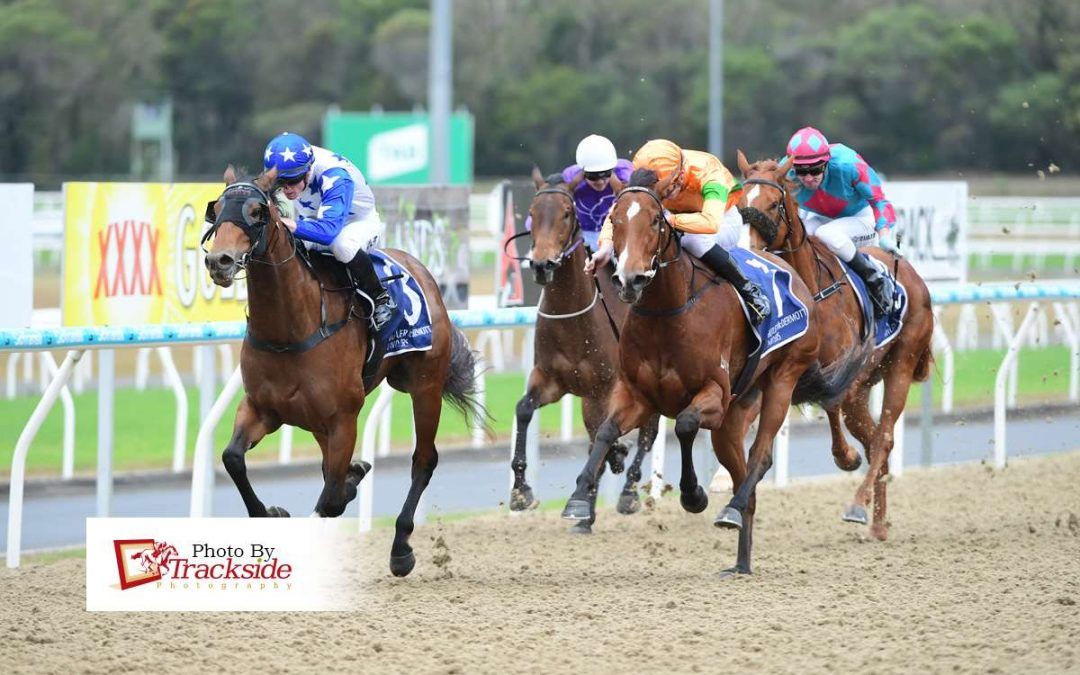 A FRESHEN-UP and the return of blinkers have helped well-bred Apple Tart put her best foot forward for a well-deserved win.
The daughter of Sebring has always shown a ton of potential and showcased that with a good win on the poly track in a QTIS 3YO Benchmark 65 (1100m) at the Sunshine Coast on Wednesday, July 6.
Ridden by apprentice Kyle Wilson-Taylor, Apple Tart ($3.40) raced just behind the leaders, burst through to the lead in the straight and held on.
The midweek city meeting was switched from Ipswich to the Sunshine Coast poly track due to the recent deluge.
Trainer Stuart Kendrick said it was great to see Apple Tart break through for another win at her fourth start this preparation.
“We freshened her up after her last start over 1350 metres in good company on Ipswich Cup day and put the blinkers back on to sharpen her up,” he said.
“It was a great ride by Kyle.
“She is another winner for Archer Park. They are having a very good run.”
Apple Tart is now putting together a handy race record.
She has three wins and five placings from 13 career starts.