Speedster Win Burn too hot for his sprinting rivals 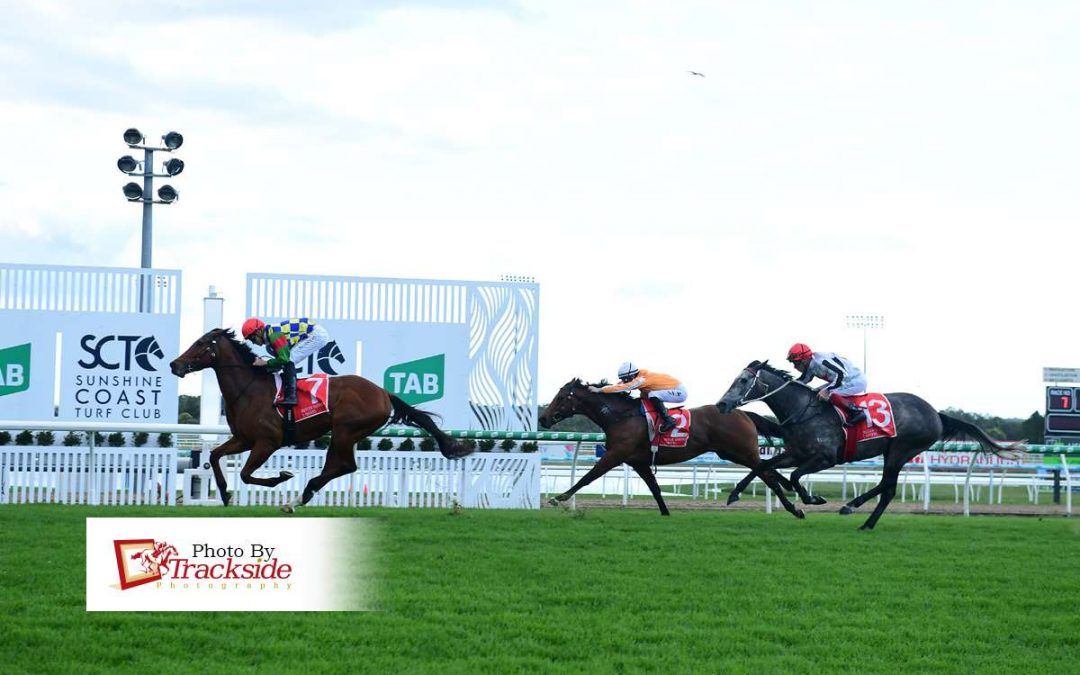 SPEEDSTER Win Burn loves to roll along in front.
He showcased his ability to kick off a high cruising speed at the Sunshine Coast on Sunday, September 4.
Jockey Brodie Loy showed his hand soon after Win Burn jumped from the outside gate.
As the field started to head to the fence, Loy was more than happy to allow Win Burn to roll along out in the middle of the track before finding the lead easily.
“I let him be out by himself,” Loy said.
“He travelled strongly but was relaxed. He was able to kick off that speed,” he said.
Win Burn ($1.85-fav) made it two wins from his past three in a Class 1 Plate (1200m).
Trainer Stuart Kendrick agreed the key to Win Burn was allowing him to cruise along in front.
“I said to Brodie beforehand he’s a bit of a funny horse. At the Gold Coast (last start) he got back off the speed with another horse annoying him,” he said.
“He’s a real confidence horse. He is competitive.
“Even in his work when he’s out in front of horses its very hard for anything to get near him.
“Brodie rode him perfectly and it was good to get the win.”