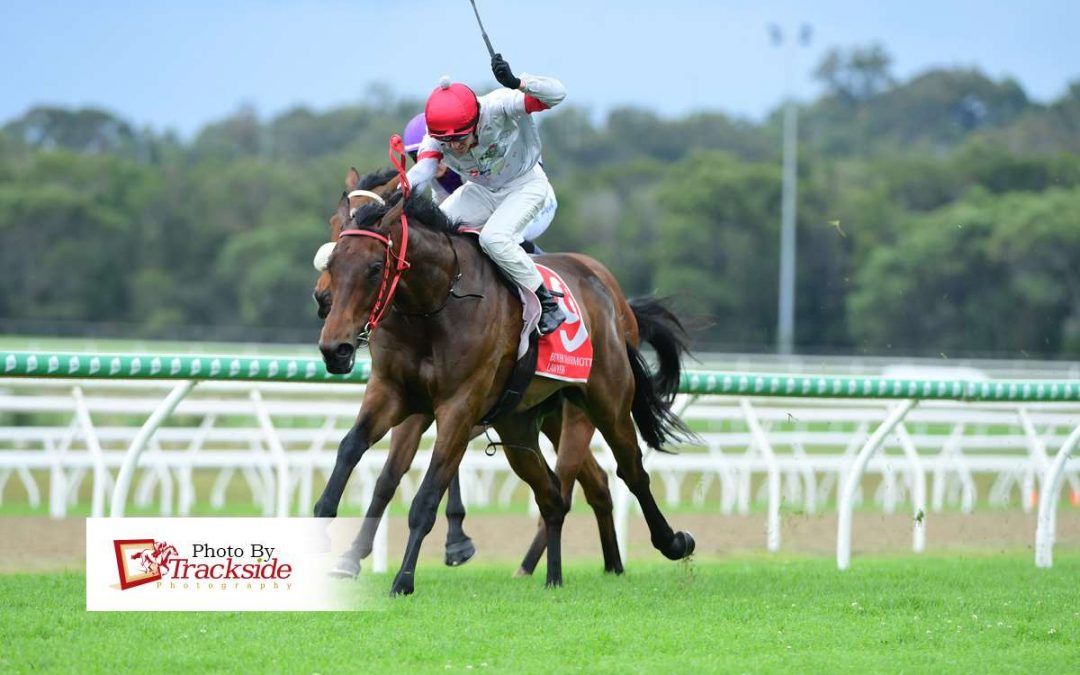 ZOUSTAR three-year-old Zhuang Shi has franked the form of a jump-out win against boom horse Gypsy Goddess by breaking his maiden status at his second career run.
Ridden by Ben Thomson, Zhuang Shi ($5.50) led all the way to win a Maiden (1400m) at the Sunshine Coast on Sunday, October 9.
He appreciated the step up in distance after finishing near the rear over 1000m at the same circuit last month and he did it well, winning by a length and a quarter.
Trainer Stuart Kendrick said he believed the horse had plenty of ability and would make a nice middle distance horse next preparation.
“It was my mistake first-up putting him in a 1000-metre race – he got run off his legs,’’ he said.
“He beat Gypsy Goddess in a jump-out recently and backed that up with this good win.
“He is well bred, being by gun stallion Zoustar. We purchased him at last year’s Ready to Run sale.
“Congratulations to the owners who have been patient. They should see the rewards as he gets older.”