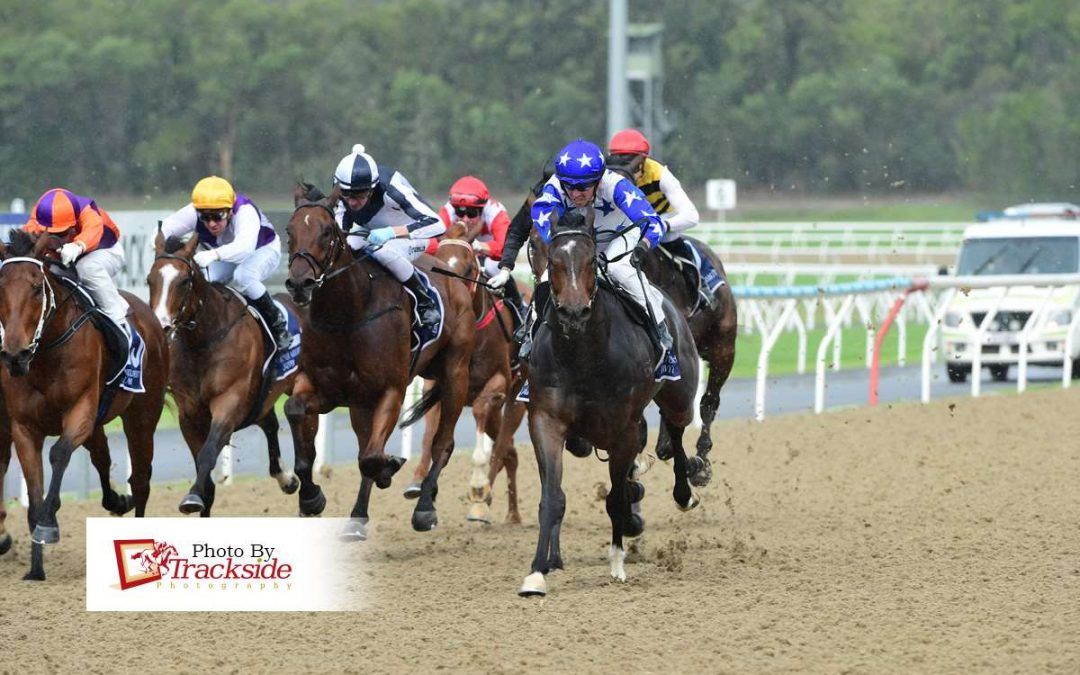 ROADTRIP has run right up to his trial form to break through first-up from a spell.
The Shalaa three-year-old came from well back with a scorching run down the outside to win a Maiden (1400m) on the Sunshine Coast poly track.
Ridden by Ben Thompson, Roadtrip ($2-fav) won convincingly by one-and-a-quarter lengths on Sunday, October 23, in an effort that was reminiscent of a trial win earlier this month.
Also steered by Thompson, he was also well back in the trial but weaved his way through the middle of the ruck for an eye-catching win.
Trainer Stuart Kendrick said Roadtrip was a nice horse with improvement to come.
“He’s a bit of a little, chubby fellow, as you can see and he still has a bit to learn,” he said.
“He wanted to over-race a bit today.
“I was glad I did trial him the other day to take that bit of an edge off him.”
Kendrick said the switch to the poly track didn’t dent his confidence.
“He probably does 90 per cent of his work on it. I still think he’s got a better turn of foot on the grass, but he’s shown enough on the poly.”
Although it appeared Roadtrip missed the start, Kendrick said the intention had always been to go back from that wide gate.
“Ben and I talked about it before the race,” he said.
“He’s got the speed if you want to push him early, but I think it just takes his sprint away from him.
“We just wanted to ride him a little bit quiet and teach him something today. Hopefully, he takes a lot out of that.”