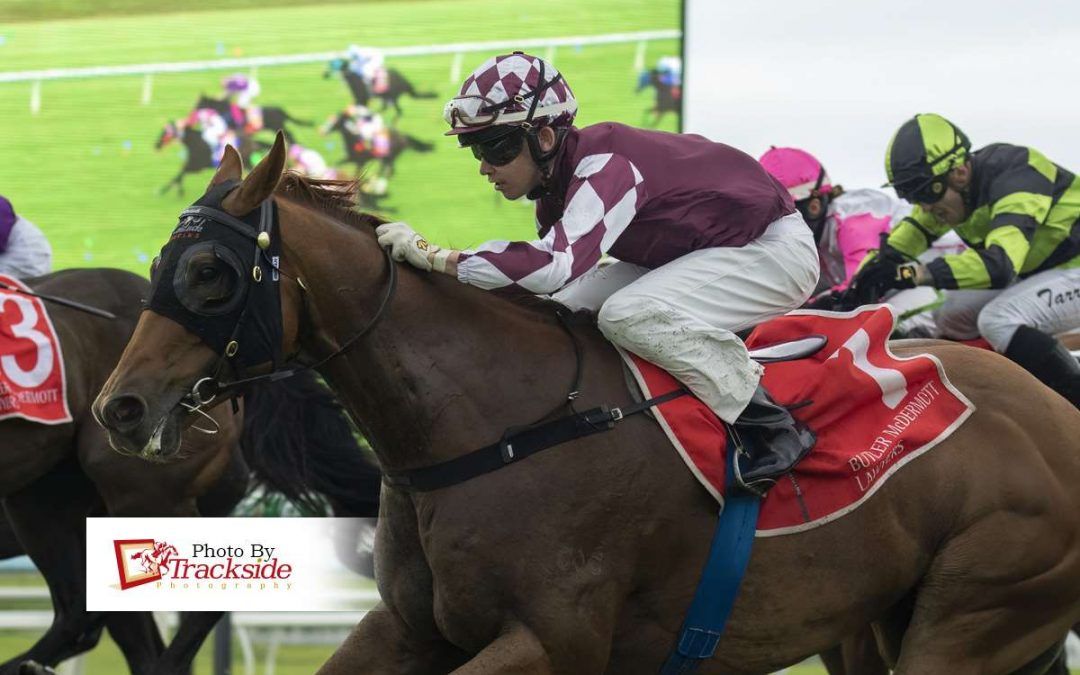 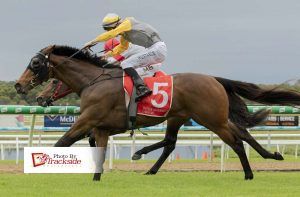 A HOMETRACK double ensured plenty of Melbourne Cup festivities for Kendrick Racing.
The stable started the day perfectly when Realaide (main photo) won the first race on the Sunshine Coast program on Tuesday, November 1.
Kendrick Racing brought up a double two races later when former Victorian Vain Fox won on debut for the stable.
Realaide ($12), ridden by apprentice Cody Collis, won first-up from a spell in a Benchmark 55 (1300m).
The apprentice’s claim helped, with the Real Saga four-year-old having to carry 58.5kg, instead of top-weight of 61.5kg.
Trainer Stuart Kendrick said the win repaid the faith of owner Grania McAlpine.
“She bred him and has been patient,” Kendrick said.
“He won his last start before a spell and was impressive first-up,” he said.
“We will look to try to place him through his classes.”
Vain Fox’s breakthrough came in a Maiden (1000m).
The four-year-old transferred to Kendrick Racing from Henry Dwyer and had one trial leading into the Cup day race.
Ridden by Justin Huxtable, Vain Fox ($9) beat stablemate Zoumeteor ($4) in a close finish, handing the stable the race quinella.
“It was a brilliant win,” Kendrick said.
Vain Fox was slowly away but Justin produced a great ride to weave through the field, finishing too strongly.
“He should get better over further than the 1000 metres,” Kendrick said.
“We appreciate the owners sending him up,” he said.
“He has been a slow maturing horse. He has really appreciated the Queensland weather and the mixture between the farm and the track to keep him keen.”