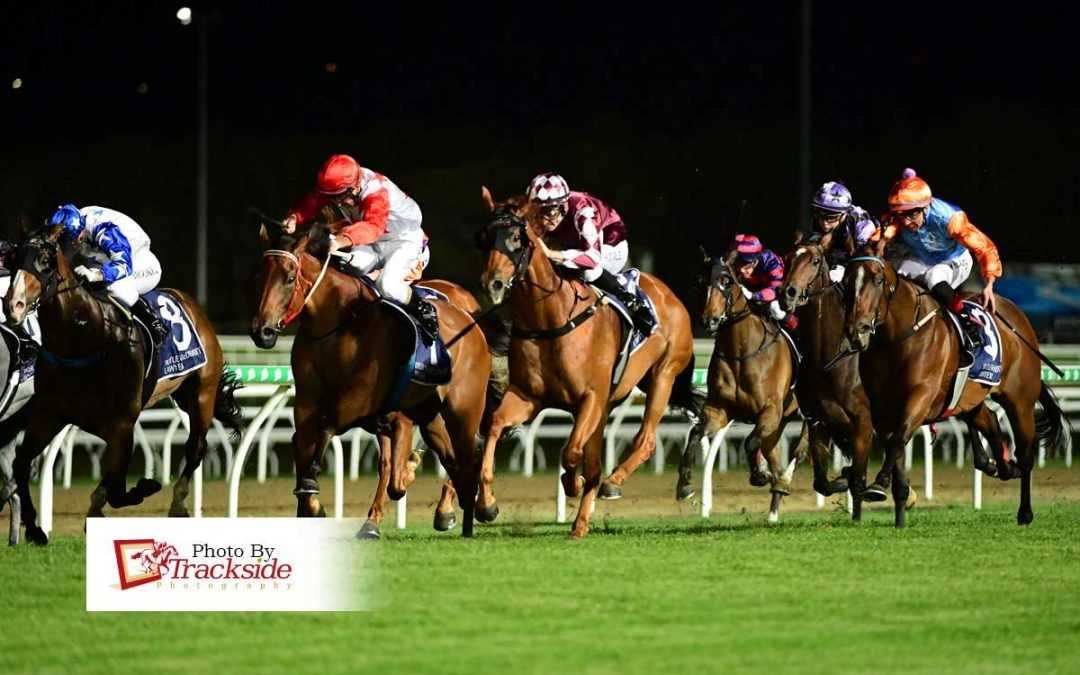 REAL Saga four-year-old Realaide defied a huge betting drift to score a good win under lights at Caloundra.
Trainer Stuart Kendrick was scratching his head when the gelding blew from about $9 to start an $18 chance in a Class 2 (1600m) on Friday, November 25.
“He won really well first-up and he had some good city form last time in,” Kendrick said.
“I don’t know. Nobody wanted to back him tonight,” he said.
“I don’t bet very often these days, but I did tip him to a couple of people saying he was a good chance.
“He won just before he went out for a spell and he won first-up. So, he’s put three together now, which is really good for the owners.
“He’s owned by some great people up there at Eureka Stud, so it was really good to win for them tonight.”
Ridden by Justin Huxtable, Realaide kicked strongly to the line for the win.
Kendrick said it was getting “harder and harder” to win on Friday nights at Caloundra.
“He did a good job. He had 59 (kilograms) on his back and Justin rode him well.”