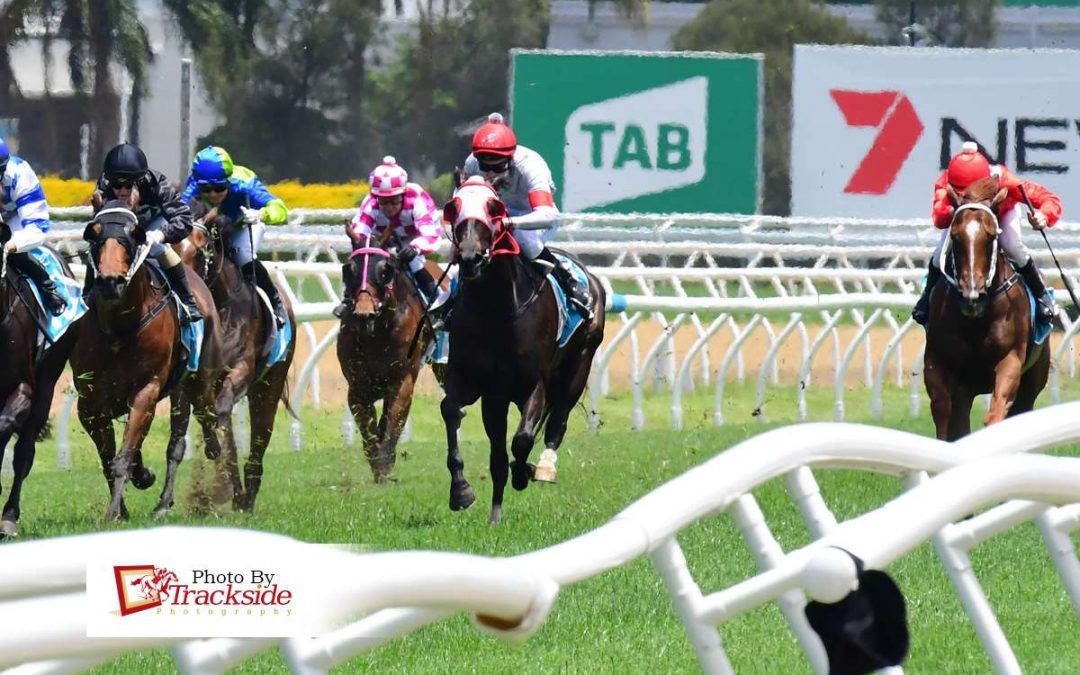 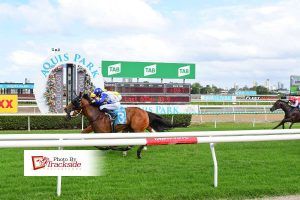 Justin Huxtable gets Avolonte home in a tight finish to give Kendrick Racing a double at the Gold Coast.

TWO perfectly judged rides by jockey Justin Huxtable help Kendrick Racing land a winning double at the Gold Coast.
Huxtable piloted War Too All and Avolonte to wins on Saturday, December 10, with both horses just nabbing victory in the shadows of the post.
The Krew Racing-syndicated War Too All ($2.50-fav) broke through first-up and at her third career run in a Maiden (900m).
Trainer Stuart Kendrick said patience had paid off for the owners of the All Too Hard three-year-old.
“She has shown plenty of ability since being purchased by Krew Racing but has had setbacks,” he said.
“She’s a very promising filly and will be aimed at some of the nice three-year-old races.”
Avolonte ($5) showed good improvement second-up from a spell to win a Class 5 (1100m).
“Both horses were ridden very well, with the rides making all the difference,” Kendrick said.
“Justin has been in terrific form.”