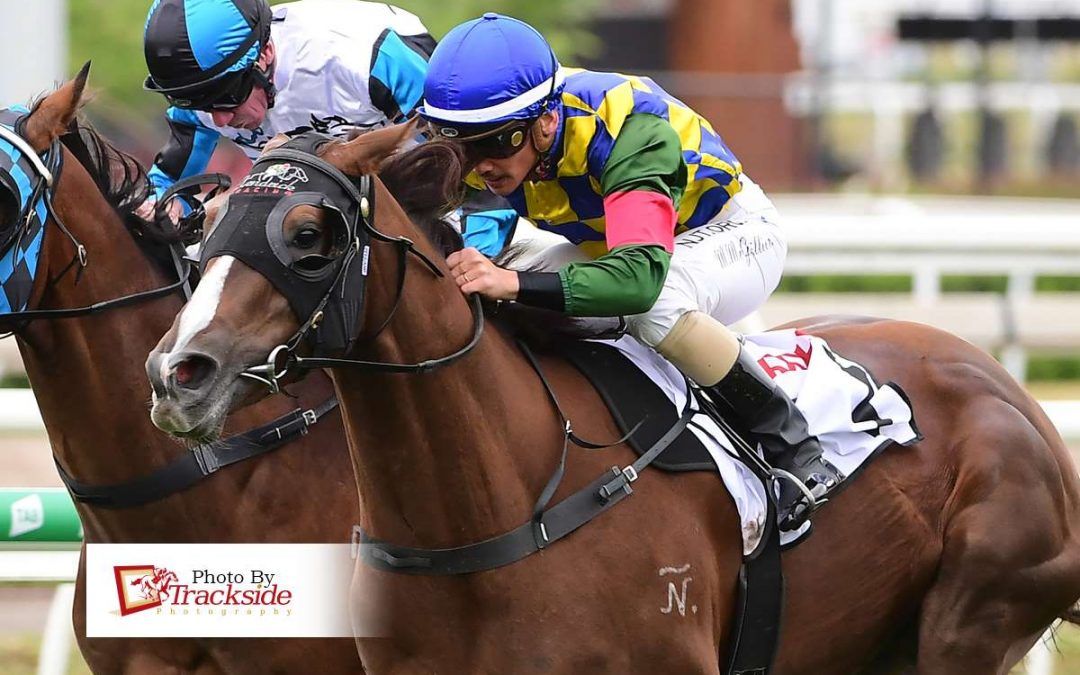 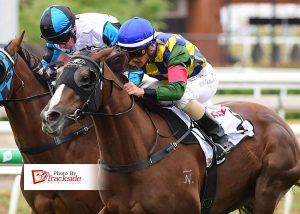 Cosmic Gossip gets home at Eagle Farm for Matt McGillivray.

COSMIC Gossip has confirmed she deserves a crack at the Group 1 JJ Atkins with a strong win at Eagle Farm.
The two-year-old filly was not fully wound up heading into the race but came from well back with a strong finish in a Class 3 2YO (1200m).
Ridden by Matt McGillivray, Cosmic Gossip ($7.50) rounded them up and outlasted Ready For Magic on the line on Saturday, May 23.
“She will take a lot of improvement out of it. She’s only had that one soft little trial the other day,” said trainer Stuart Kendrick.
“We gave her a freshen-up after her last run here. She was probably ridden a little upside down that day,” he said.
“Matty won a good two-year-old race up at home on her before she did run here (last start) and did a similar thing – came from last.
“She’s nommed for the JJ. I know probably every second horse is going that way but we might roll the dice and have a go.”
Cosmic Gossip was pretty much assured of a spot in the JJ Atkins following her win in that $135,000 race at the Sunshine Coast back in January.
Saturday’s win confirmed she’s in form, suited by the big Eagle Farm track, and deserves her spot in the race.