Join the team at Kendrick Racing…

The stable has been active at the Yearling Sales and sourcing quality gallopers privately. Stuart is always happy to discuss opportunities to race these horses. 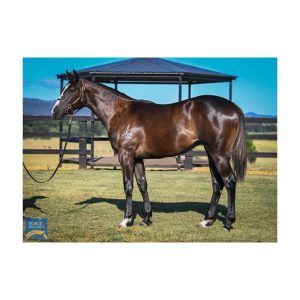 Russian Revolution sired the winner of the newly implemented “Debut” race on Magic Millions day, as well as siring the winner of Sydney’s 2YO race on Saturday. Having one of the favourites in the Magic Millions 3YO Guineas, he’s doing a great job for a new stallion and has a bright future in the breeding barn.

Check out our filly by Russian Revolution below ⬇️

For more information, feel free to give Stuart a call on 0408 583 525 or email our office at kendrickracing@outlook.com 📧📱

A weanling purchase who has been raised at our farm, she is the full-sister to Way Beyond who has amassed over $250,000 in prize money. She continues to impress with each piece of work. Eligible for the QTIS bonuses on offer in QLD, she’s a filly with plenty of upside 👀

Check out her latest gallop below (inside)👇 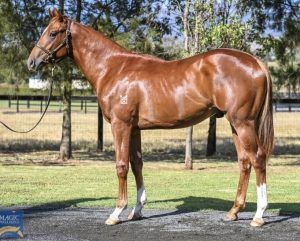 20% remains in one of Stuart’s favourite yearling purchases from the Magic Millions sale.

By Unite and Conquer, a two-time stakes winner from 3 starts and a stallion who never reached his full potential due to injury, he has certainly stamped his progeny with his early running qualities.

Purchased on type, he certainly has the physical characteristics to be back at the Gold Coast this time next year. Breeders, Kingstar Farm considered this colt a standout since day one and loved him so much they retained 50% to race!

He has been sent straight to the breaker and will be broken in before having a month’s spell. 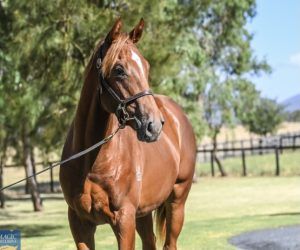 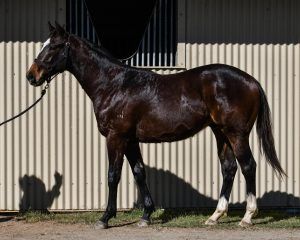 UPDATE:
A jump out winner recently, this colt by Nicconi has been a true professional since commencing his racing career. A family that Stuart knows well, having trained Heartford himself, his toughness and will to win is much the same as his mother’s.

Check out his winning jump out 👇

We were going to do him as a Ready to Run horse however we liked him to much so we have decided to keep him and race. We have had a lot of success in doing this through the likes of Eric the Eel and Race Occurrence to name a few.

This presents an opportunity to buy a bargain colt by the same sire as one of the worlds best sprinters NATURE STRIP. As many of you would know Nature Strip was ultra impressive winning recently at Royal Ascot.

His Dam HEARTFORD was by Stratum she had 5 wins up to 1200m. She is a three-quarter-sister to ABSOLUTE FLIRT, half-sister to PRESSING, Virtual Insanity. We are very familiar with this family having trained the mare Heartford throughout her racing career. 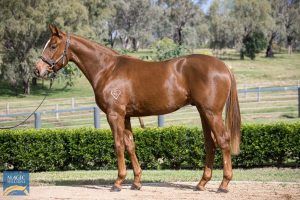 BRED ON THE SAME CROSS AS GROUP 2 WINNER, COSMIC FORCE.

THIS COLT IS OUT OF THE WELL-RELATED COMMANDS MARE, WINTOUR WHO IS A HALF-SISTER TO GROUP 1 WINNER, ALIGN.

WINTOUR HAS ALREADY PRODUCED A STAKES PERFORMER IN, SHE KNOWS.

PHYSICALLY THIS COLT HAS THE ATTRIBUTES TO BE AN EARLY RUNNING 2YO AS HIS PEDIGREE SUGGESTS.

He has now been broken in and had a short preparation at the track. He then went to the paddock and had a months break before returning to work today and we will look to head towards the trials in the coming months. 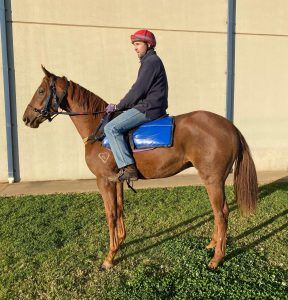 Since returning from a gelding procedure and spell, this bloke is showing plenty on the track. He’s developed into a lovely moving horse and keeps improving with each gallop.

Check out his latest gallop below (outside) 👇 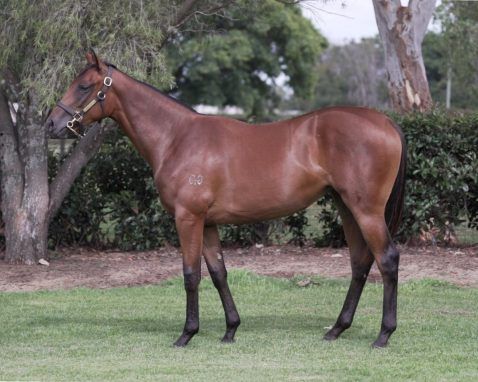 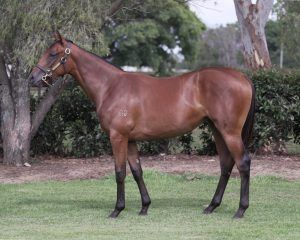 Please click on the link to view the sale parade.

For approximate monthly costs we do a fixed rate:

For 5% it is $195 plus gst when in work which includes all costs except Raceday, major vet and any transport. This reduces to $65 plus gst when spelling.

To secure a share or for any further information please email: kendrickracing@outlook.com

Please see below the latest video. 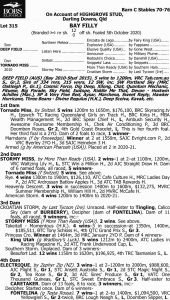 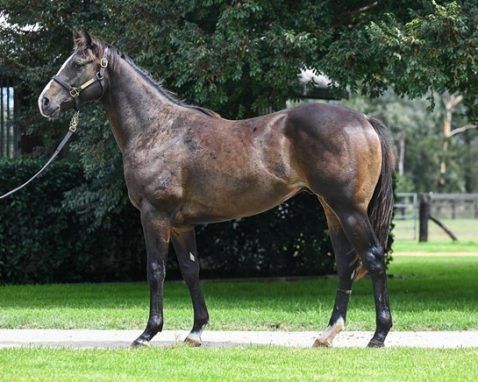 Get involved in a cracking colt.

I’m very excited to purchase a colt by one of the best sprinters to go to stud recently.

I tried to buy a number of yearlings at the sales by Trapeze Artist but was outbid as they sold upto $280,000 at inglis premier and Upto $850,000 at the Magic Millions sale.

They were very popular and bought by some of the best judges in the country.

I have just bought a lovely colt out of the paddock. He didn’t have a sales preparation but was recommended to me by the boss of Widden Stud who stands Trapeze Artist.

He has good length, massive stride and great movement.  He still has a bit to grow but will continue to develop over the next 6 months as we head towards the early trials

He is bred on the same cross (Snitzel x Tale Of The Cat) as the fast Snitty Kitty. She was a Gr2 winner and twice 4th at Gr1 level. This colt is also a half brother to the very talented, nine time winner, So You Win, who saluted at stakes level and amassed earnings of over $880,000. He is also a half brother to Rhode Assassin who won as a two year old and then ran 4th in the Group 1 Champagne stakes.

Rhode Island Rose has had four to the races, for four winners so can certainly produce a racehorse. This is another.

He is very similar in stature to his sire and is bred to run early but then has stoutness in his pedigree to get over a trip later.  Compare the photo.  You can see that he will be a spitting image of his sire as he matures. 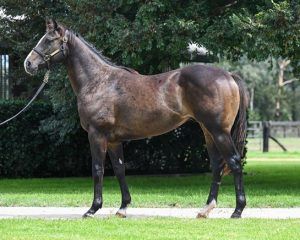 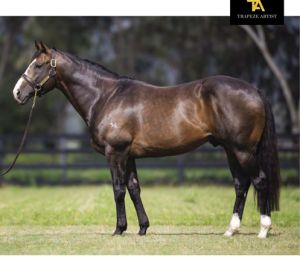 “He’s an awesome colt. When he gets into rhythm and let’s rip there isn’t a sprinter in Australia that can go with him.” Gerald Ryan, Trainer 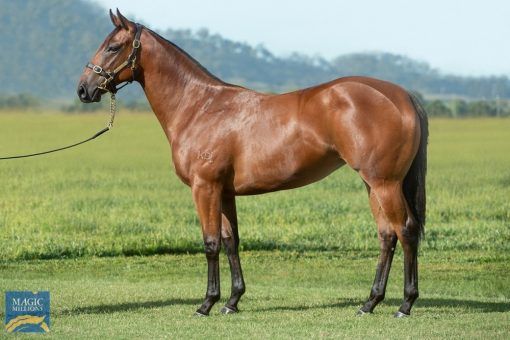 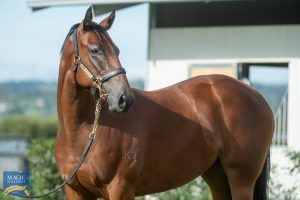 HERE’S ONE FOR THE LADIES!

Don’t miss this exciting opportunity to join the team in racing this QTIS Spill the Beans filly.

She is qualified and paid up for the MAGIC MILLION’S RACE SERIES and is eligible for the women’s bonus.

Out of 6 time winning mare, this filly has the pedigree to match her stunning looks.

Get in touch with the team for more information.