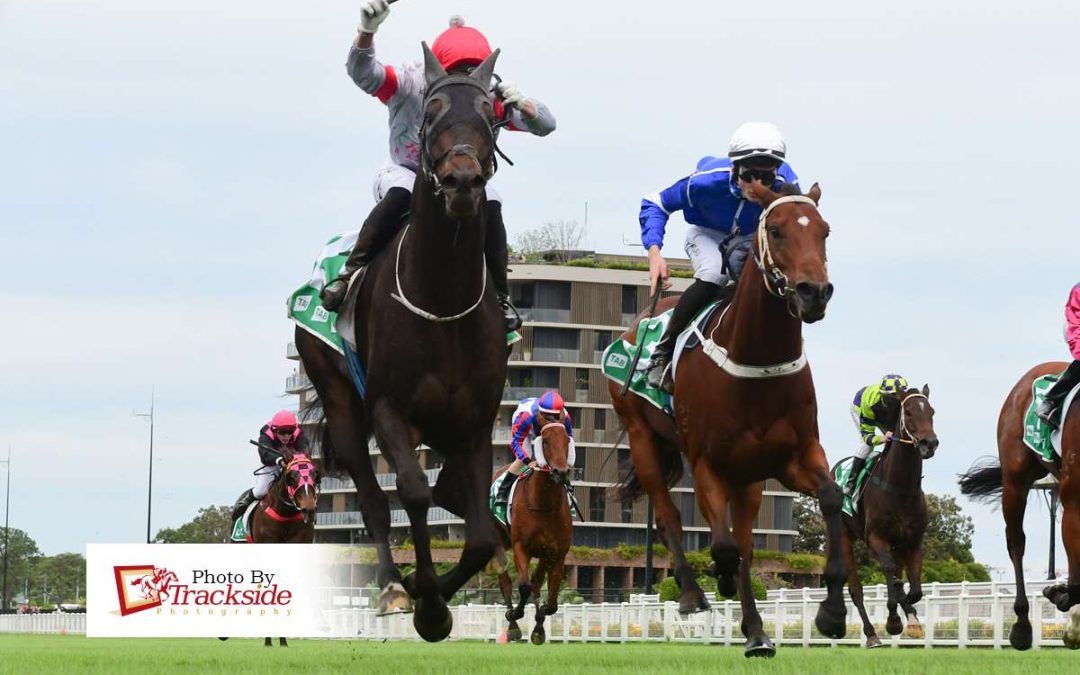 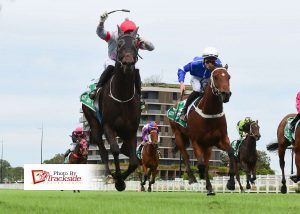 Plenty gets up along the fence to win at Eagle Farm for Jake Bayliss.

FOUR-YEAR-OLD Plenty has made it two in a row with an Eagle Farm victory that was almost a carbon copy of his last-start win at the Sunshine Coast.
Plenty ($8) got well back in the field but save ground along the inside and produced an amazing finishing burst to win a Benchmark 78 (1200m) at Eagle Farm on Saturday, May 23.
It was remarkably similar to when he won a Class 3 (1200m) at the Sunshine Coast last start at his second run for Kendrick Racing and the Krew Racing syndicate, with Dale Smith aboard.
Jake Bayliss rode Plenty on Saturday and must have watched the tape of Smith’s ride as it was almost identical.
“He seems to love being saved for that late charge at them,” said trainer Stuart Kendrick.
“They need some luck when they get back like that but he’s been able to find clear passage along the rails in those two exciting wins,” he said.
“His work has been exceptional since he joined the stable so it wasn’t a surprise to see him do it again.”