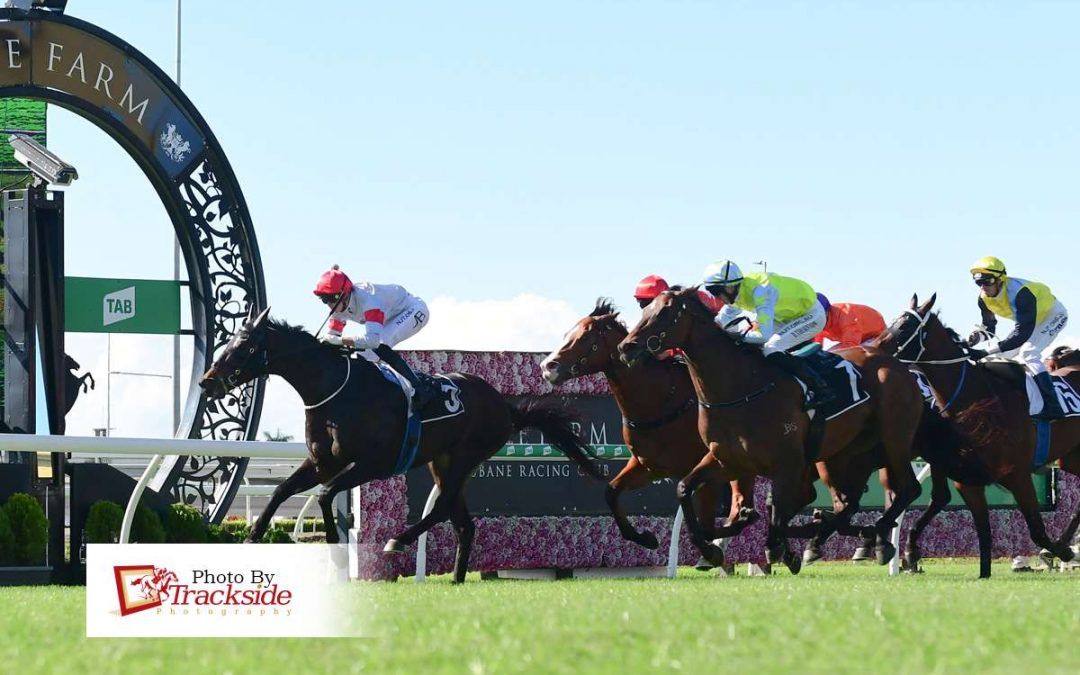 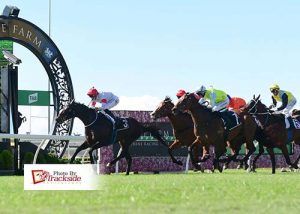 Plenty, ridden by Jake Bayliss, makes it three wins in a row at Eagle Farm on Stradbroke day.

THERE could be bigger races ahead for Plenty after the inform galloper made it three wins in a row with another exciting victory along the fence at Eagle Farm on Stradbroke day.
“I’m keen to try to get him into the Glasshouse at the Sunshine Coast,” said trainer Stuart Kendrick.
“He’s been a great pick-up fro the newly formed racing partnerships of Krew Racing,” he said.
Plenty has had four runs for Kendrick Racing since joining the stable, winning the past three.
All three wins have been close to a copybook of each other, getting well back early before launching an amazing winning burst along the rails late.
Plenty ($8), ridden by Jake Bayliss, did just that in a Benchmark 75 (1200m) at Eagle Farm on Saturday, June 6, getting up in the final stride on the line.