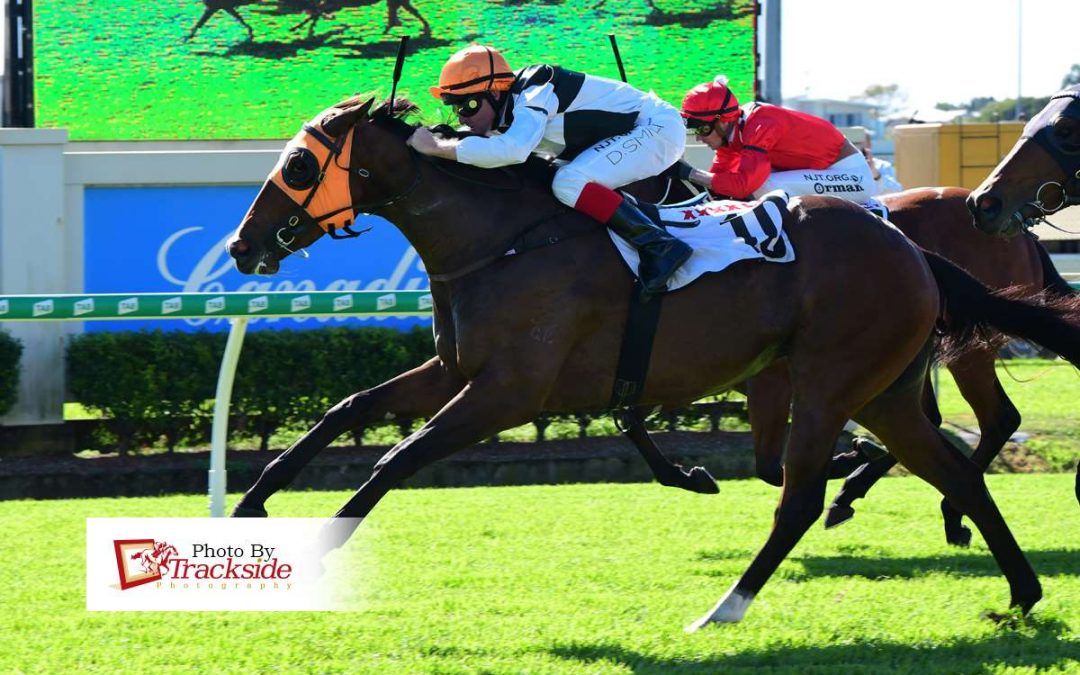 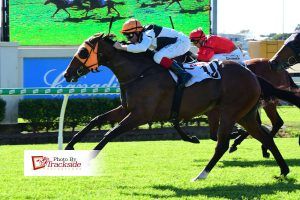 Dale Smith drives Queen Sweeper to victory in a two-year-old race at Doomben.

RICH Enuff filly Queen Sweeper is no longer one of the best maidens in the stable.
The two-year-old shrugged off her maiden tag in the best possible way, winning a 2YO (1100m) at Doomben on Saturday, June 27.
Ridden by Dale Smith, Queen Sweeper ($5.50) raced in fourth before doing as her name suggests, sweeping down the outside to score a well-deserved victory.
It came after Queen Sweeper had finished a close-up fifth in the listed Dalrello (1200m) at Eagle Farm last start.
Trainer Stuart Kendrick said he was confident she was ready to breakthrough after that effort.
“I thought her run in the Dalrello was extremely good, with the drop back in distance around the tighter Doomben circuit the only real question mark,” he said.
Queen Sweeper is out of Zilzie, which was raced by the late Ross Cutts and his wife Judy.
The broodmare has been a great producer for the Cutts family. Kendrick Racing has also had success with the progeny, including Banda Spice and Coral Bay.
Kendrick believes Queen Sweeper could become the best of Zilzie’s offspring now she’s broke through late in the two-year-old season.
“She’s take time to mature but is getting better and better with racing,” he said.
Saturday’s win took her record to a win and three placings from six starts for just over $95,000 in prize money.