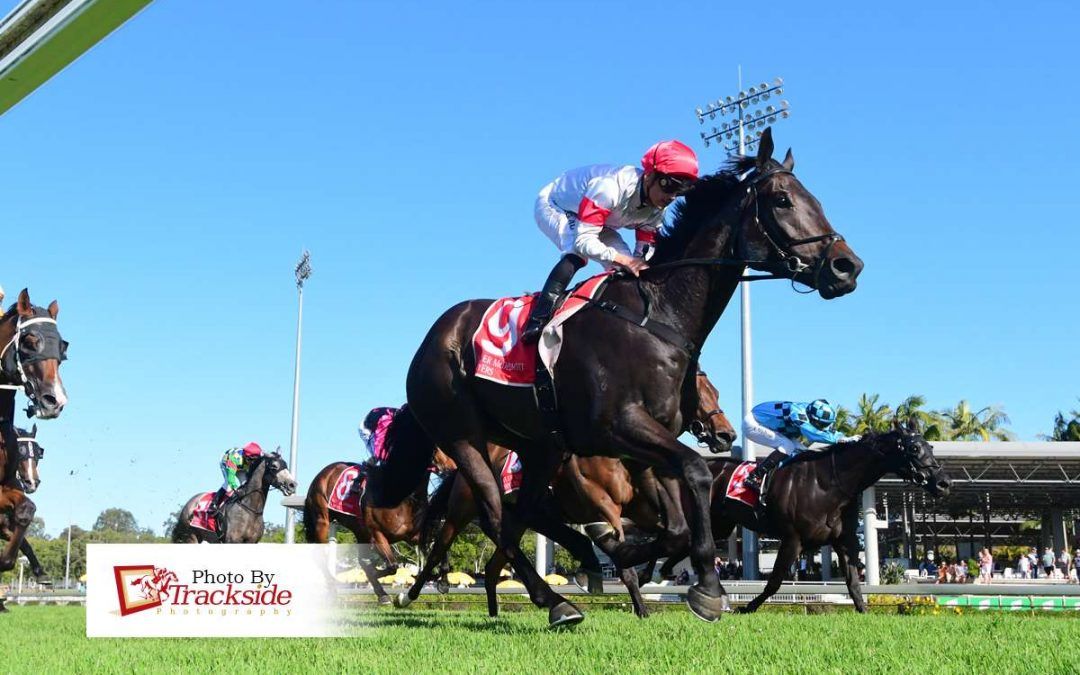 LIGHTLY-RACED tried horse Fort Wayne has broken through for his first Queensland win at his second run for Kendrick Racing and Krew Racing.
A Sandown Hillside winner over 1500m back in March, the four-year-old struck second up at the Sunshine Coast on Sunday, September 20.
Ridden by Matthew McGillivray, Fort Wayne ($3.50-fav) won by three quarters of a length.
It followed a midfield effort at Doomben over 1200m when resuming.
“Fort Wayne is promising,” said trainer Stuart Kendrick.
“He appreciated teh step up to 1400 and the bigger track,” he said.
“He’ll be better as he gets up in trip.
“He’s another nice horse for the Krew Racing partnership.”
Fort Wayne now has two wins and a third from four career starts.