Poupee leads they way with winning step up in distance 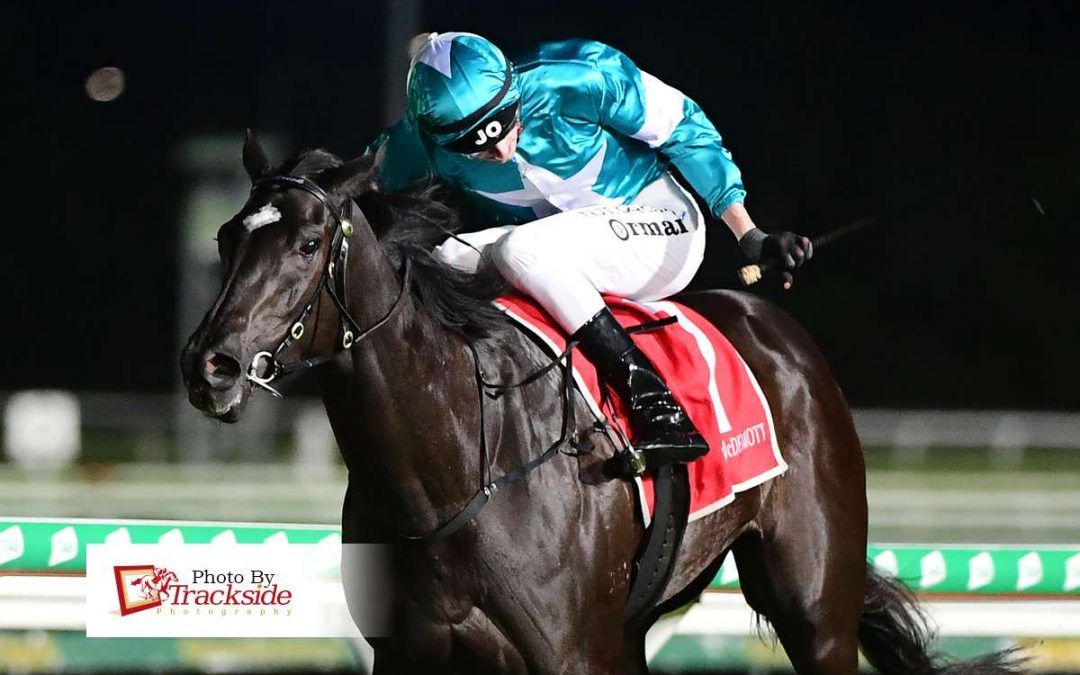 BETTER Than Ready three-year-old Poupee has impressed with a winning step up in distance.
Following her three most recent runs over 1000m, the filly handled the rise to 1400m with ease at the Sunshine Coast Friday night meeting on October 9.
Ridden by James Orman, Poupee ($2.70-fav) led all the way to win a 3YO Benchmark 60 (1400m).
She set a solid tempo throughout and produced a strong kick in the straight to win by three-quarters of a length.
“She’s always shown ability this little filly, but she just does so much wrong,” said trainer Stuart Kendrick.
“I said to Jimmy tonight there doesn’t look to be a lot of speed in the race, so let’s just try to take luck out of the equation,” he said.
“She did everything right and gave a good kick.”
Kendrick said he hoped the horse would take some confidence out of the win.
“If she does, she’s a nice filly and she’s definitely got more wins instore.”
It was Poupee’s second win in eight starts. She broke through for her maiden win in a 2YO race over 1200m at the Sunshine Coast earlier this year.