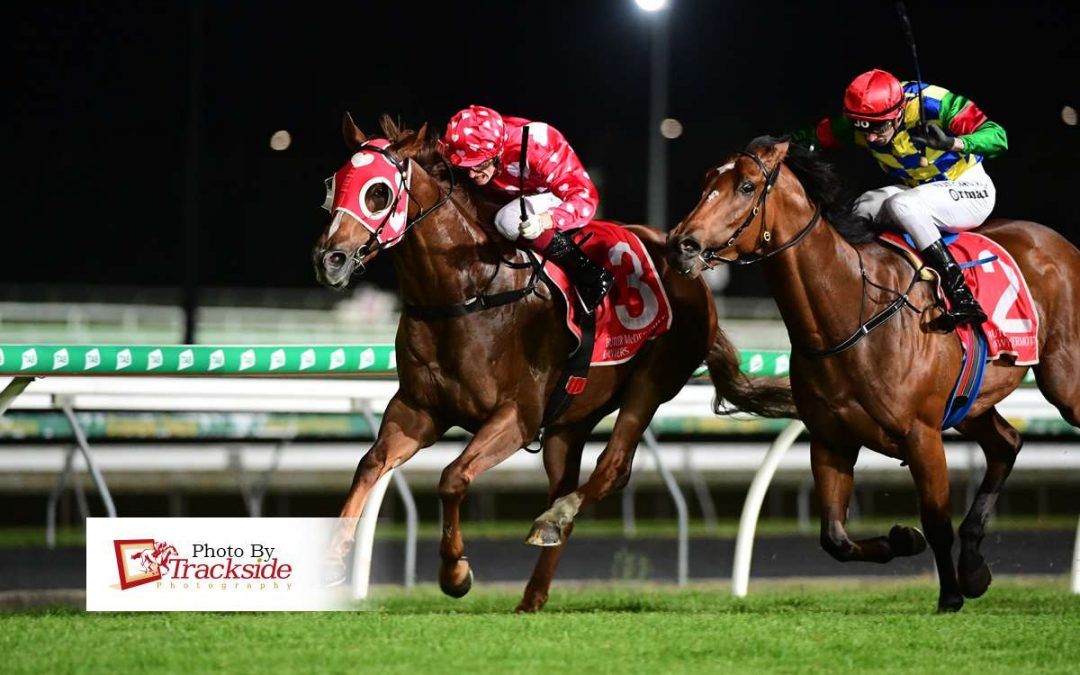 THREE-YEAR-OLD Superare is set for a gear change, despite winning at the Sunshine Coast.
The Exceed and Excel gelding looked set to win easily when he burst through in a Benchmark 65 (1000m) at the Friday night meeting on December 4.
But his rivals, including stablemate All To Do ($1.90-fav), then came back at him late before he just held on.
“I think the blinkers will be coming off,” said trainer Stuart Kendrick.
“As soon as he got to the front, he was going to win comfortably and he really switched off,” he said.
Kendrick said the horse also had a tendency to do that before they gelded him.
He said maybe taking the blinkers off would “have been the easier option”.
Superare was ridden by Kyle Wilson-Taylor and capped a winning double for the stable. The jockey and Kendrick Racing had also combined for a win with Fort Wayne in the previous race.
All To Do finished second to Superare, giving the stable the quinella in the race.
“He (All To Do) is a tough horse and I really think he’s going to be better over a bit further,” Kendrick said.
Superare ran second in the Ken Russell as a two-year-old, so Kendrick believes he also will be at his best out to about 1200m.