What a day-night! Four winners for stable 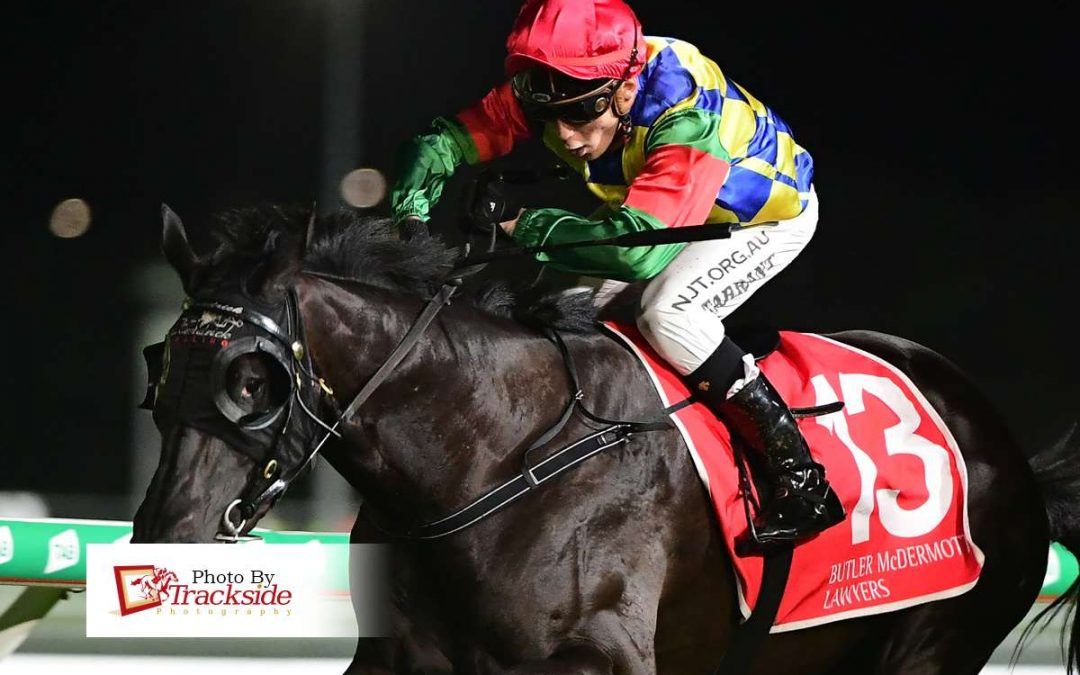 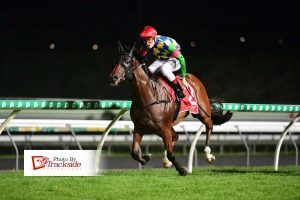 Baritone, ridden by apprentice Jaden Lloyd, made it four winners for the day for Kendrick Racing with his late-night Caloundra win.

KENDRICK Racing has saddled up four winners in one day, with doubles at two venues more than 500km apart.
The stable started the day well with wins in races two and three at Rockhampton on Friday, December 18.
No Doubt Acracker ($3.30) won a Class 6 (1400m), despite lumping 61.5kg.
Sip It Slow ($3.60) completed the Rockhampton double in the next, winning a QTIS 3YO Maiden (1100m).
Both horses were ridden by Jake Bayliss.
The stable then backed up with a Sunshine Coast double in races eight and nine, with wins to Unlikelyoccurrence and Baritone, both after 9pm.
Unlikelyoccurrence (pictured in feature image) was able to avoid the trouble she struck last-start, but jockey Luke Tarrant had to be at his best, weaving a path through the field after coming from the rear.
“Luke and I had a chat before the race. He rode her in a jump-out for me there a few weeks ago,” said trainer Stuart Kendrick.
“I said there is only one way to ride her and that is cold, and I said don’t come to the outside, just ride her for luck,” he said.
“He weaved all the passages he could. He had to pull out all stops but it was a great ride.
“It was good to see this little filly pick up a win. She’s been a little bit unlucky.
“She got put her on her nose the other day. It is great bunch of blokes who are in her and I was really happy she could get the money today.”
Unlikelyoccurrence ($3.30) finished with a rush in the Maiden (1200m) to break through at her sixth career start.
She was pulling away from them at the finish, winning by a half-length.
Baritone’s win came in Benchmark 65 (1800m), despite rushing forward to find the lead after being slow away.
Ridden by apprentice Jaden Lloyd, Baritone ($6) kept grinding away in front to win by a length, with stablemate Fort Wayne ($2.90) back in third
Kendrick wasn’t surprised the former European stayer had broken through at start four for the stable.
“If you go back through his form, he’s obviously a very good stayer,” he said.
“He was one of Lloyd Williams’ we bought him off.”
Kendrick said they’d been waiting for the soft track and it had arrived but was worried when the horse missed the start.
“The young fellow didn’t panic. He just gave him a little squeeze, let him roll forward and then rated him lovely.”
Kendrick said they’d had a little hiccup last start when he’d reared up in the gates and had to be scratched.
“Six weeks between runs, he did a great job, the horse … I’m really looking forward to getting him over a trip.”