Quinella horses look to have bright future ahead of them 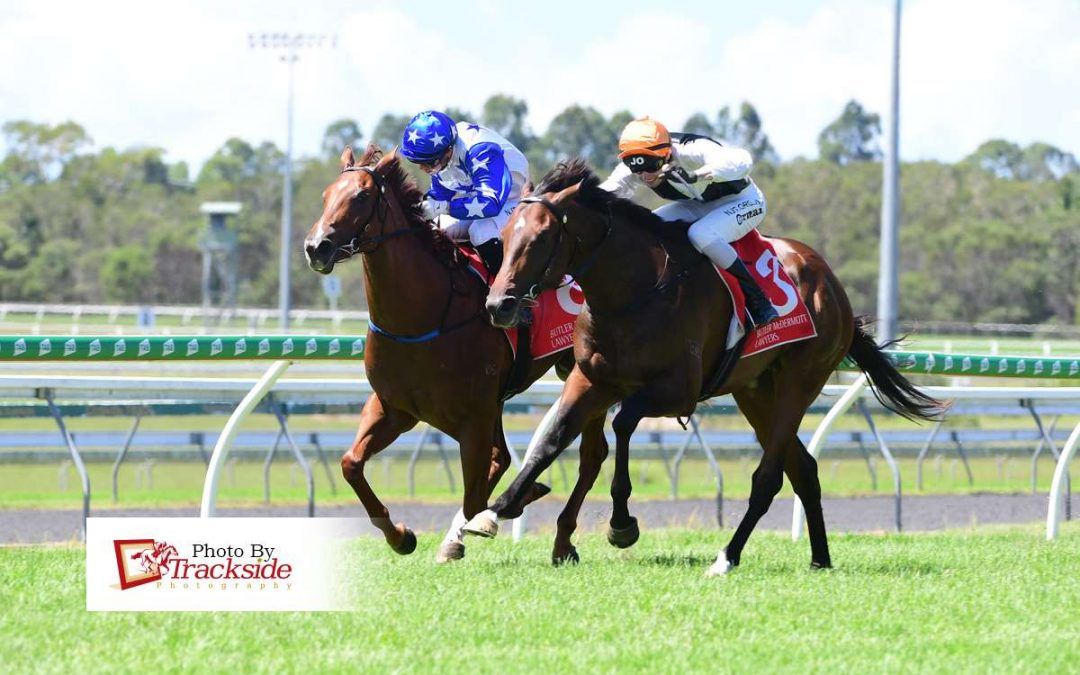 VETTA Velocita may have gained the upper hand late over stablemate Funny Money when they ran the quinella but trainer Stuart Kendrick believes both horses have promising futures.
Both were on debut when Vetta Velocita ($5) ran on from back in the field to nab leader and favourite Funny Money ($2.90) in the 2YO (1000m) at the Sunshine Coast on Sunday, March 14.
Ridden by James Orman, the winner beat Tiffani Brooker and Funny Money by a quarter-of-a-length, more than one-and-a-half lengths in front of the others.
“Both two-year-olds are promising,” Kendrick said.
“To run the quinella in an open two-year-old at their first starts highlights the ability they have,” he said.
“Vetta Velocita is a full brother to Coral Bay and is owned by Judy Cutts.
“Funny Money, by Capitalist, only had one 850-metre jump-out leading into the race and should take a lot of benefit out of that run.”