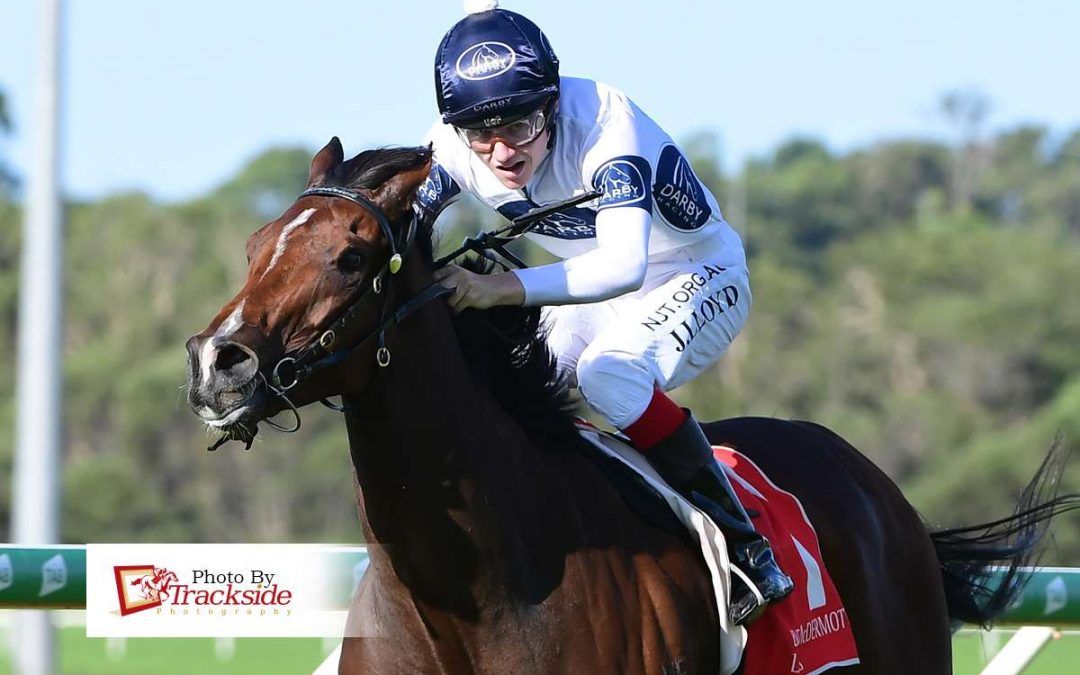 APPRENTICE jockey Jaden Lloyd seems to have a real affinity with Foreign Territory.
He’s now had three rides on the Darby Racing-syndicated galloper following an impressive return from a short freshen-up at the Sunshine Coast.
Lloyd had Foreign Territory ($2) up on the pace and he was too strong over the concluding stages, winning a Class 4 (1400m) by nearly two lengths on Sunday, March 28.
It was the six-year-old’s third win from six starts since transferring to Kendrick Racing, with Lloyd the pilot for all three wins.
“It was a tough win coming back in trip,” said trainer Stuart Kendrick, with Foreign Territory finishing fourth at Eagle Farm at his most recent start.
“He loves the (Sunshine Coast) track and having the jar out of the surface helps him,” he said.
“We will look to head back into town for a race at Doomben next start.”