Super efforts as stable rings up a Sunday treble 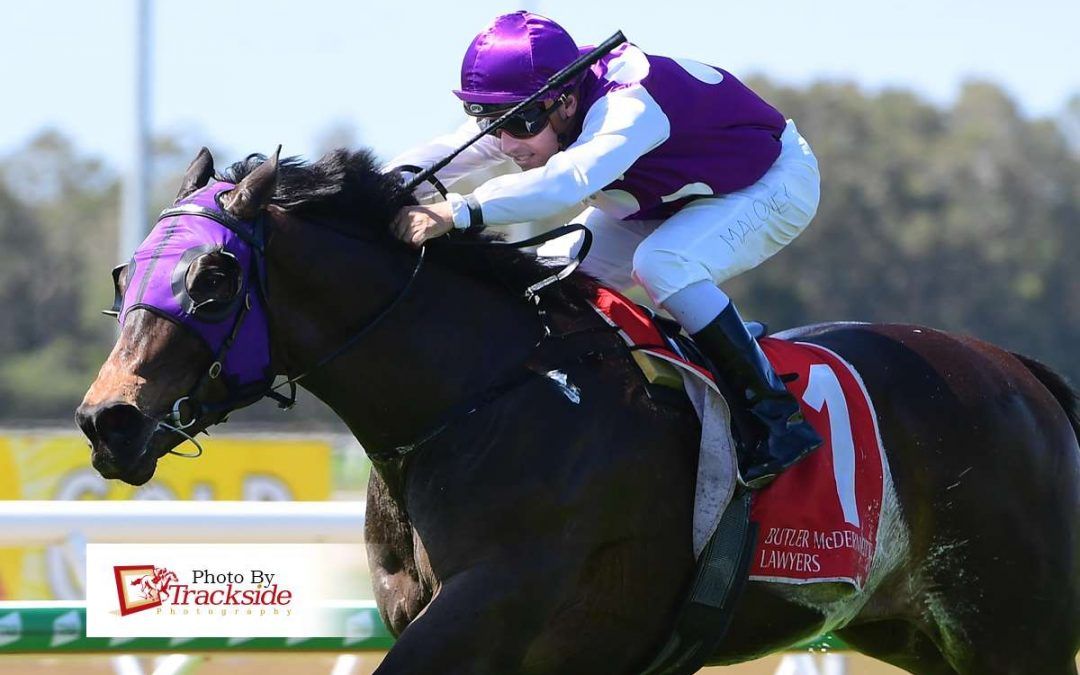 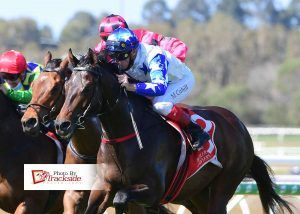 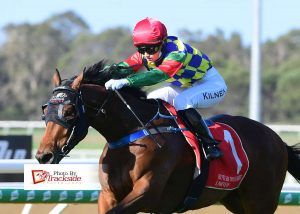 Leah Kilner on Way Beyond.

KENDRICK Racing has enjoyed a Super Sunday of racing with a treble at the stable’s home base.
The three winners – Menzazzi (main photo), Maximum Output and Way Beyond – were all ridden by different hoops, sharing the success around on Sunday, September 19.
The afternoon started perfectly, with Menazzi ($1.50-fav), ridden by Ryan Maloney, winning the first race, a QTIS  3YO Maiden (1200m).
It was a well-deserved breakthrough win at his third career start and he did it in convincing fashion, scoring by two-and-a-half lengths.
“It was good to get the win on the board after no luck last start (when third at Eagle Farm),” said trainer Stuart Kendrick.
“He is a very promising type and will improve with racing,” he said.
“He’ll be aimed towards some nice races in the Autumn.”
Maximum Output ($2-fav), ridden by Michael Cahill, also looked good in winning a Maiden Plate (1000m) by a half-length.
“He is a promising young horse we retained after the Ready To Runs,” Kendrick said.
“He should improve over more ground,” he said.
“It was great to get another win for Archer Park. They are great supporters of our stable.”
One of the stable favourites Way Beyond completed the treble later in the afternoon.
Ridden by apprentice Leah Kilner, Way Beyond ($2.60-fav) bolted in by nearly three lengths in a Class 2 (1800m).
“Way Beyond is very consistent and the drop back in class helped,” Kendrick said.
“It was a very good ride by Leah and he was strong at the trip.”