Speedster Funny Money takes a sit and lands the cash 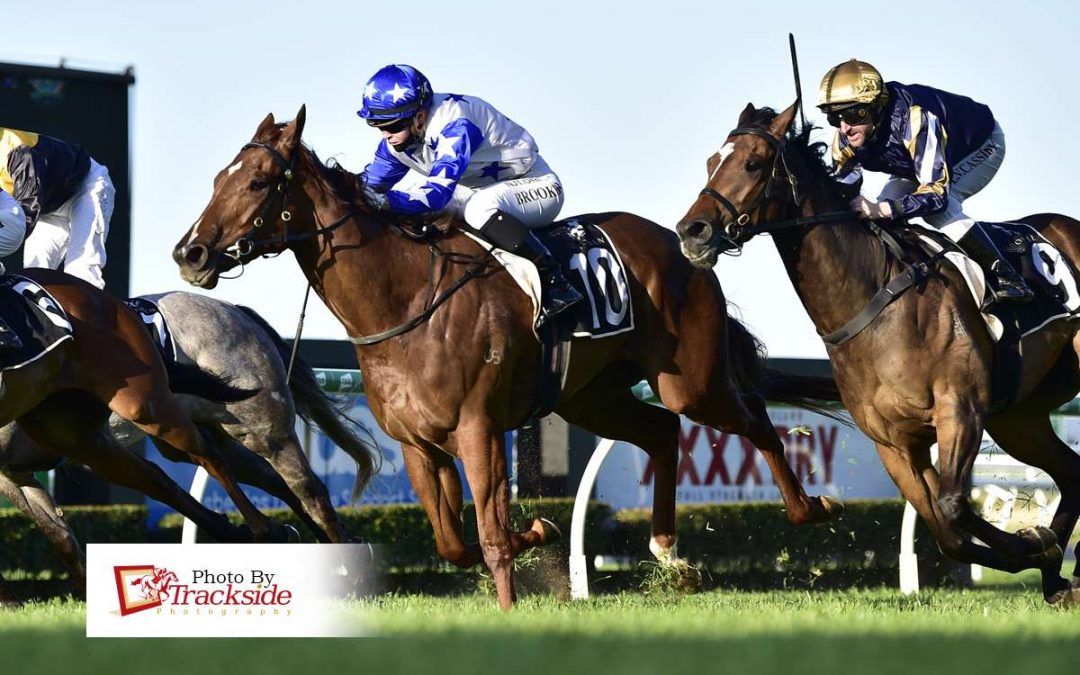 SPEEDSTER Funny Money has shown she doesn’t have to lead to get the cash.
The Capitalist three-year-old filly made it two wins in a row, scoring a gutsy victory in a Doomben Class 1 Plate (1050m) on Wednesday, September 22.
Ridden by Tiffani Brooker, Funny Money ($4.40)  raced just behind the leader before prevailing in a driving four-horse finish.
It was her second win in a row after breaking through in a Gold Coast Maiden (900m) last start.
“Tiffani rode her really well,” said trainer Stuart Kendrick.
“She won on her down the Coast,” he said.
Wednesday’s win was also the first time Funny Money hadn’t led in her five-start career, which has now yielded two wins and three seconds.
“We just wanted to try to ride her off the speed a little bit,” Kendrick said.
“She’s got plenty of speed, but just to give her an opportunity to hit the line over the 1000m,” he said.
“She (Brooker) rode her really well. I thought it was a good, gutsy win.
“She’s always shown a lot of ability. She’s very consistent.
“It’s just good to have another option to go back and take a sit on her, which is nice.
“She’s led every start and just been a little bit soft a couple of times.
“Just sitting off them, we’ve done it a few times in her work, and she’s been strong.”