Wilmot Pass leads all the way to break through for stable 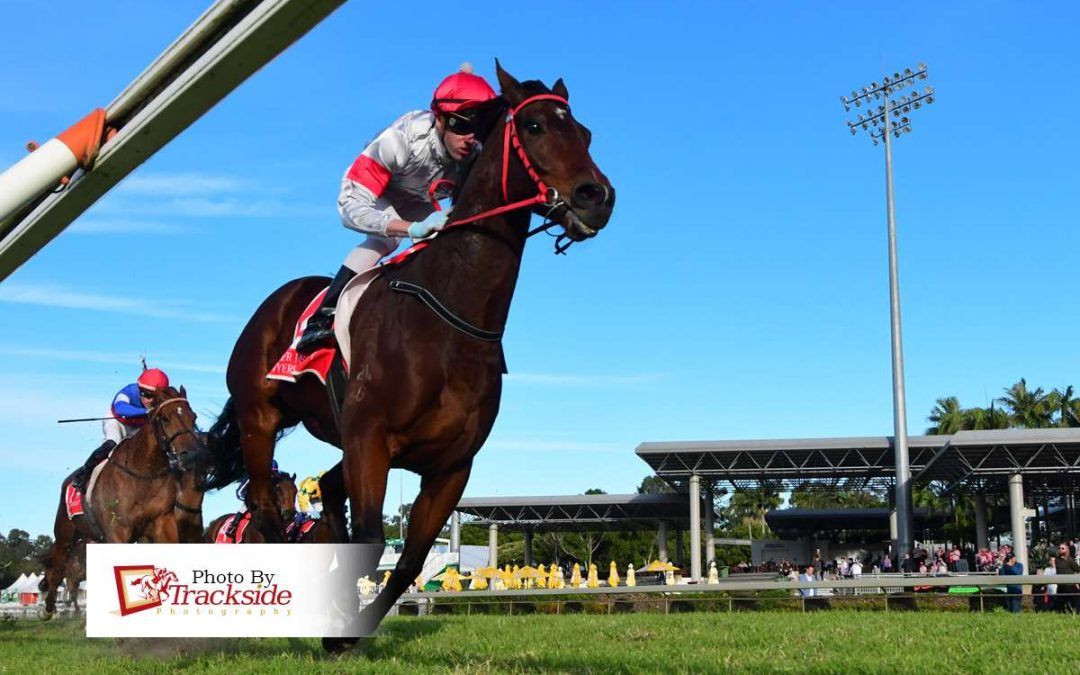 AN opportune change in riding tactics has seen Wilmot Pass lead all the way to break through for his first win since joining Kendrick Racing.
Having his fourth run for the stable and back on top of the ground for the first time in awhile, Wilmot Pass ($2.80-fav) won on Sunday, June 12.
His breakthrough win came in Benchmark 68 (1400m) at his Sunshine Coast home track and he did it easily, cruising to victory by two lengths.
Trainer Stuart Kendrick said the horse had been very consistent since Krew Racing purchased him on the Inglis auction.
“He deserved the win,” he said.
“He was very well ridden by Jimmy Orman, who summed up the speed of the race and went to the front.
“He showed that might be the way to ride him.”