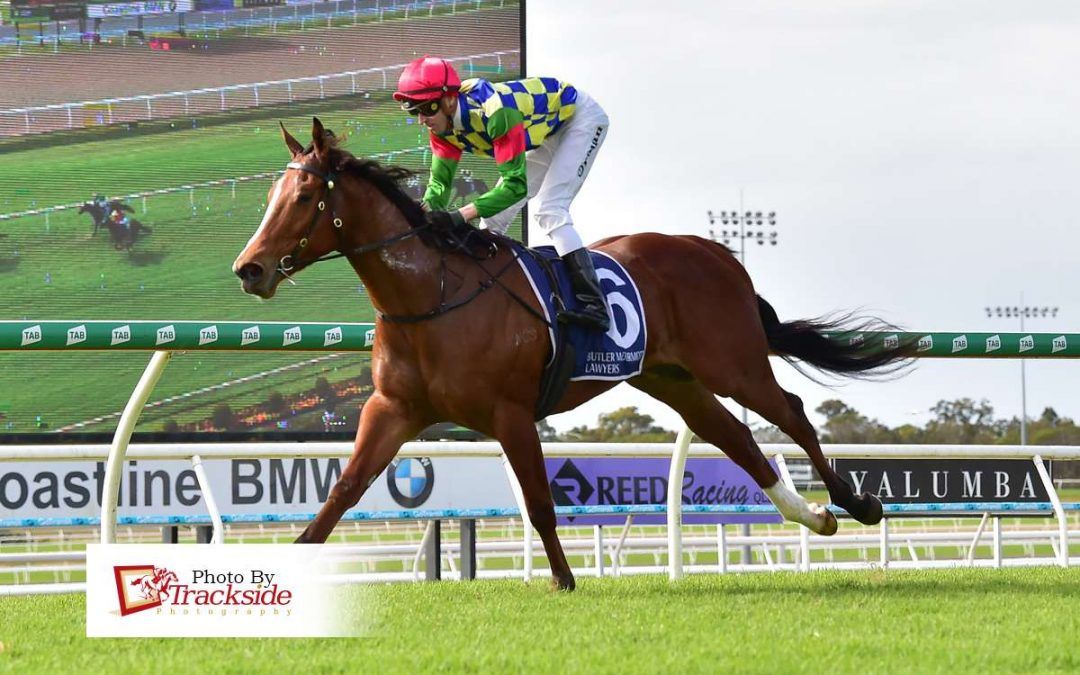 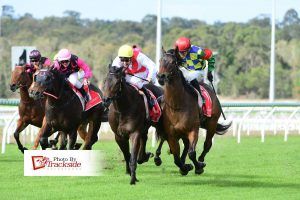 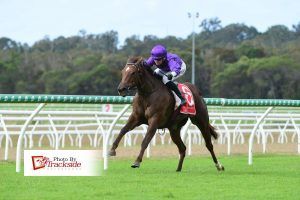 Kayleen, also ridden by Thompson, kicked the treble off.

TRAINER Stuart Kendrick has celebrated a third straight Queensland provincial trainers premiership with a home track treble on the final day of the season.
The treble, which also secured yet another in a long list of Caloundra trainers premiership, was even more satisfying as two of the winners have battled injury and illness.
One was Win Burn (main photo), which broke through in a QTIS 3YO Maiden Plate (1000m) on Sunday, July 31.
Ridden by James Orman, Win Burn ($1.60-fav) showcased his high cruising speed to run his rivals ragged in front, winning by two-and-a-quarter lengths.
He broke though at his sixth career start and his last as a three-year-old.
“Win Burn has had a lot of problems with knee chips, followed by suspensory issues, so it has been a long haul back,” said Kendrick.
“It was great to see him win like that,” he said.
Moveitmoveit won on debut in a Maiden (1200m) and is another horse that has had more than his fair share of issues.
“His troubles date back to when he was a yearling,” Kendrick said.
“He developed colic as a young horse at the breakers and spent weeks in vet hospital, followed by a knee injury,” he said.
“A lot of work by the team has gone into getting him back.”
Those efforts proved worthwhile when Moveitmoveit ($11), ridden by Ben Thompson, finished strongly down the middle of the track to swamp the leaders, winning by a quarter of a length.
The winner that kicked off the treble for the stable, Kayleen, also has a nice back story.
“She was named as a tribute to a friend of Harry and Margaret Reed, so it was pleasing to see this filly win so well,” Kendrick said.
Also ridden by Thompson, Kayleen ($3.40) won at her second time to the races.
The Capitalist two-year-old broke through in a 2YO Maiden Plate (1000m), winning by nearly two lengths.
Kendrick said the treble on the last day of the 2021-2022 racing season and the premierships were a tribute to the staff.
Kendrick Racing could have had four winners for the day, except that odds-on favourite Caribbean King was held up badly for a run in the straight, before getting out when it was all over to fly home for second in the final race of the season.