The ‘King’ is back on top with timely change of fortune 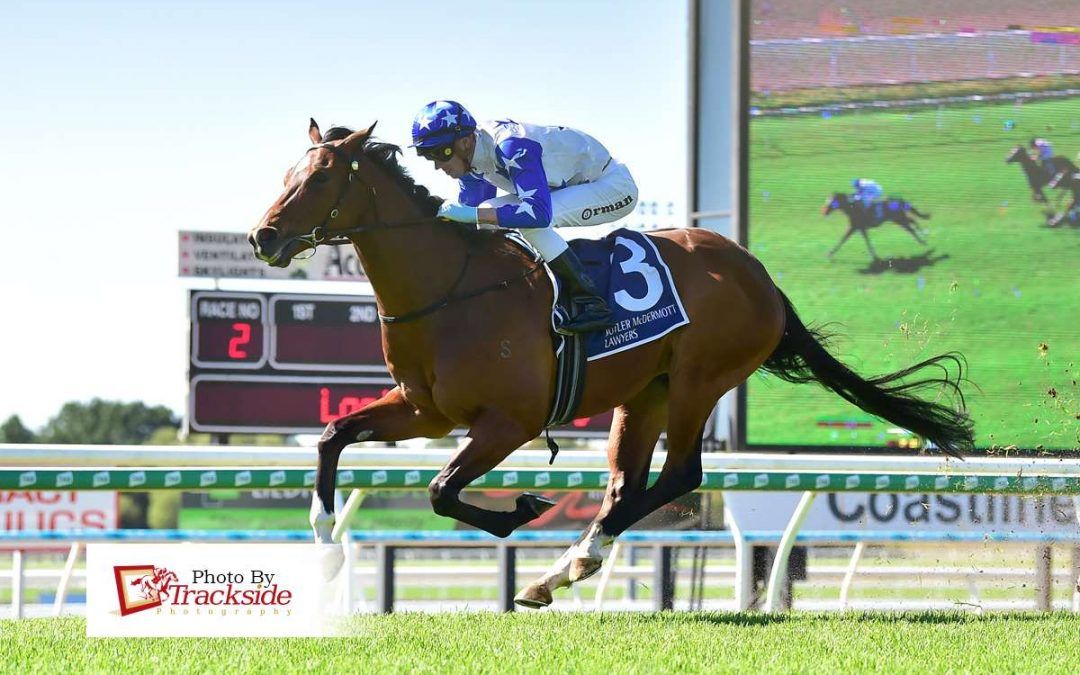 PROMISING four-year-old Carribean King will head to town after putting bad luck behind him with a decisive win at the Sunshine Coast.
Heavily backed into $1.35 favourite, Carribean King ($1.35-fav), ridden by James Orman, won a Class 3 (1000m) easily by two-and-a-half lengths on Sunday, August 14.
It was his third run back from a spell and it was a timely change of fortune after two seconds at his past two outings.
In his most recent, he started odds-on favourite and was badly held up before charging home for second in a Class 2 (1000m) at the same course.
“He just had no luck the other day,” said trainer Stuart Kendrick.
“I think half of Australia was on him that day, including all of the all-ups,” he said.
Kendrick said there was further improvement in the horse as he had still wanted to do a bit wrong.
“They were all obviously keen to keep him out wide there today and he had to a little bit of work out there,” he said.
“But he was impressive that last 100 and I think when he puts it all together he’s going to be a nice city class horse.
“It was good to get the win on the board and hopefully into town from here.”