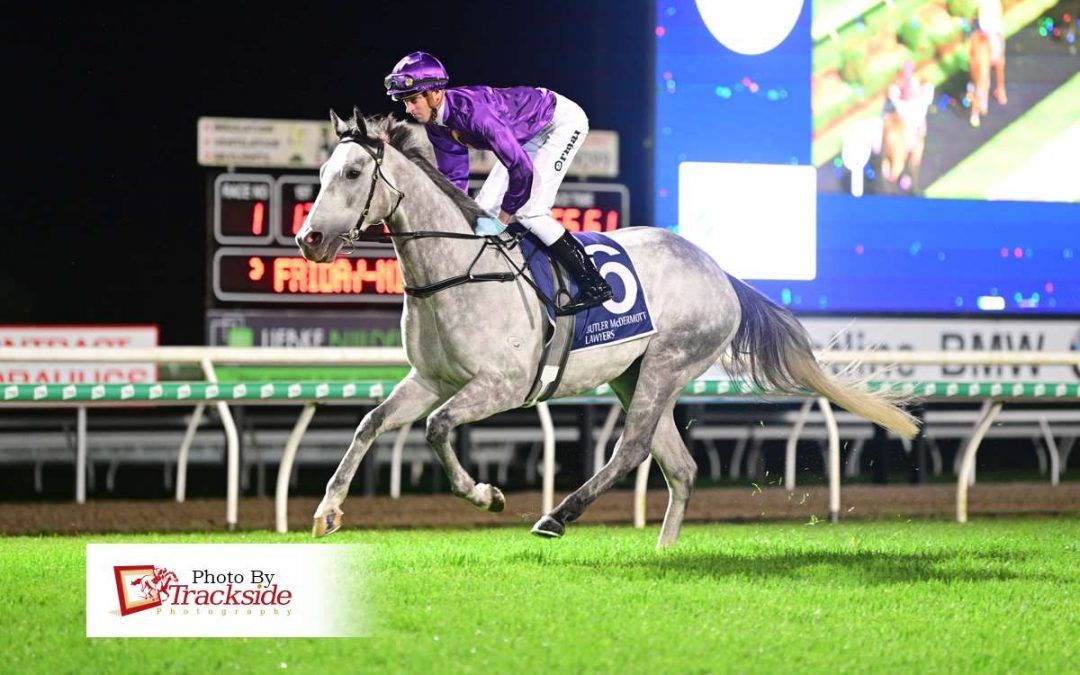 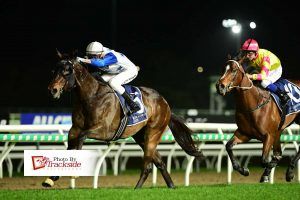 James Orman gets Pocket Full home first-up from a spell.

TWO promising horses ensured supporters of Kendrick Racing had a “pocket full” after a double under lights.
Imported stayer Hillcrest Avenue (main photo) kicked off the double when he made a one-act affair of a Class 2 (1800m) on Friday, October 21.
The flashy grey, having his fourth run for the stable, looked stunning under the lights as he raced away to win by nearly six lengths as $1.85 favourite.
He’s now notched up two wins and two placings since joining Kendrick Racing.
Hillcrest Avenue was steered by James Orman, who was onboard again a couple of races later when Pocket Full broke through at his third career start.
The Rich Enuff gelding won a 3YO CG&E Maiden (1000m) by two lengths as $2.70 favourite.
Trainer Stuart Kendrick said Pocket Full was a lovely horse.
“He showed us plenty last time in. He only just got beaten in the Sacred Elixir here,” he said.
“I thought he was home that day. It was quite frustrating.
“It was a fairly good horse (Ringmaster) that beat him.
“He’s only had one little soft trial, so he’ll improve of that. Hopefully, he might be a horse we can head towards some good races.”
Orman said Pocket Full still felt “pretty new”.
He said there should be improvement to come.
“He feels like he might be a miler to me. He’s got a lovely big stride on him.”