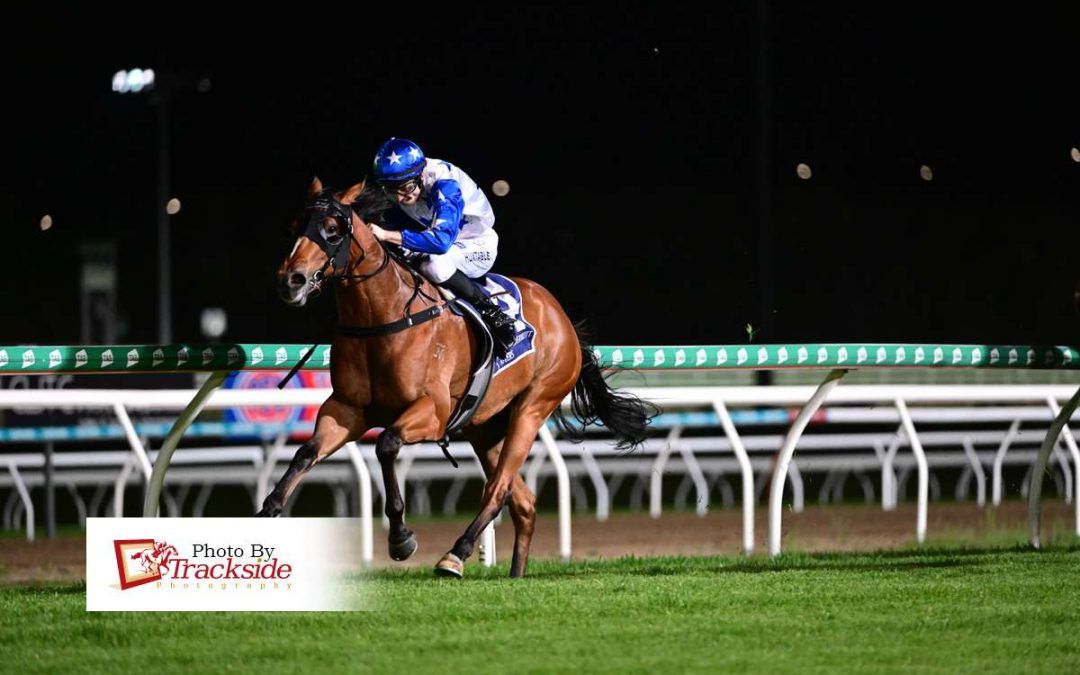 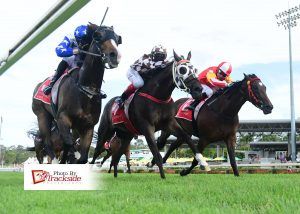 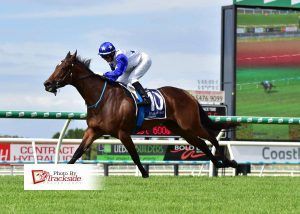 Sebring Girl cruises to victory on Sunday after leading all the way for Nikita Beriman.

IT was the Kendrick Racing, jockey Justin Huxtable and Archer Park show over two days of racing at the Sunshine Coast.
Inform hoop Huxtable set the scene for the weekend of success when he saluted for Kendrick Racing aboard Under The Cap (main photo) under lights on Friday (December 16).
Starting $2.70 favourite, Under The Cap won a QTIS 3YO Maiden (1400m) at his third career run and second-up from a spell.
Trainer Stuart Kendrick couldn’t speak highly enough of Huxtable after he found a passage along the inside for the length win.
“He’s riding in great form for us at the moment,” he said.
“He rode a double for us last week and again (a winner) today.
“He just kept sneaking up, sneaking up, sneaking up and got that run on the inside. So a perfect ride, especially with the rail out eight metres – we didn’t want to have to come wide.
“I said we’re just going to need that little bit of luck and from the alley to end up where he did and sneak along the inside (it) was a great ride.”
Kendrick said they were keen to get Under The Cap straight up to the 1400 metres after he finished second first-up over 1000 metres.
He said he had a lot of work before his return to racing.
“I was really impressed over the 1000 he was as close as he was. So 1400, maybe up to a mile now, and he can go on and get another nice QTIS race for the guys.”
The Archer Park colours and the Kendrick-Huxtable combination weren’t finished though, with them combining again to win with Early Thoughts on Sunday (December 18).
Again it was a genius ride by Huxtable, lifting Early Thoughts ($2.70-fav) to a tight win in a Class 2 Plate (1800m).
Early Thoughts looked under siege from two challengers but kicked strongly under Huxtable to win.
It marked a double for Kendrick Racing and Archer Park, with Sebring Girl, well backed to start $3 favourite, leading all the way for a strong win in a Benchmark 62 (1600m) in the previous race on the card.
This time Nikita Beriman was the pilot.
It was a remarkable two days for the Archer Park team, with three winners from four starters.